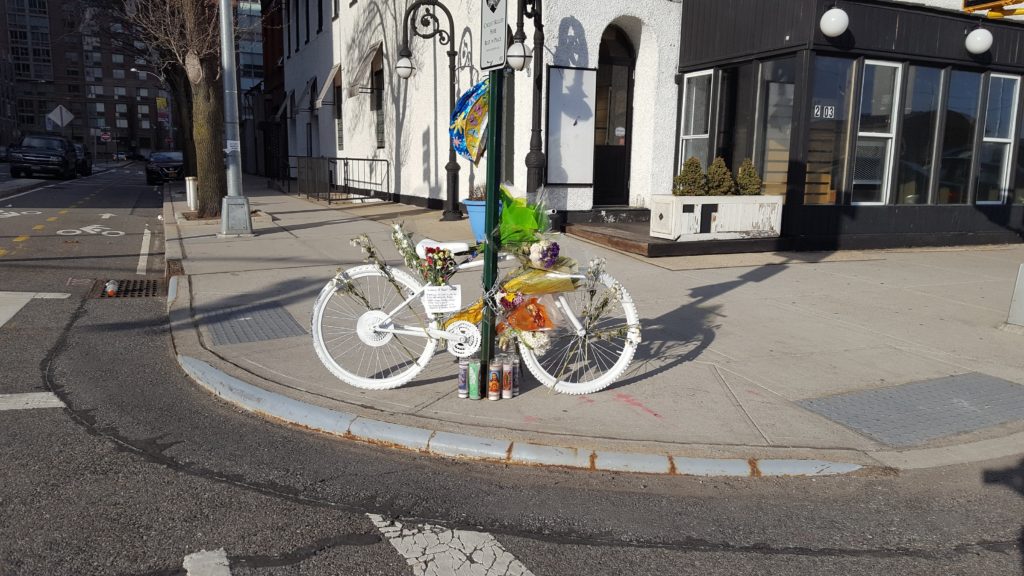 A sad memorial was held Saturday afternoon on Borden Avenue at the location where 53-year old bicyclist Robert Spencer was killed Thursday morning.  According to the Queens Daily Eagle, many of his family members and friends were in attendance, as were a few local pols and bicycle advocates.  While the article below hints at some finger-pointing in terms of responsibility, I’d prefer to focus on a very tangible and simple way that everyone can do their part to potentially save bicyclists lives, in the hopes that some good can come from the unexpected and tragic death of this Long Island City resident.  It’s called the ‘Dutch Reach,’ and it’s a practice that any passenger getting out of a parked vehicle can quickly learn and easily employ when opening a car door – something that many people in LIC do regularly – in order to prevent hitting bicyclists.

Friends and Family Mourn ‘T,’ the Sixth Cyclist Killed in NYC This Year

The Dutch Reach: A No-Tech Way to Save Bicyclists’ Lives