You are here: Home / Archives for News / History

If God’s a coming, He oughta make it by then
Maybe He’ll look around Himself and say
Guess it’s time for the judgment day

It’s crystal ball time here at LICtalk, as we take a look at what can be expected here in Long Island City come 2023.

Packed subway cars will be the least of the mass-transit problems our logistics experts anticipate.  More worrisome will be END_OF_DOCUMENT_TOKEN_TO_BE_REPLACED

Gonna leave this brokedown palace
On my hands and my knees, I will roll, roll, roll

A half block north of the Queensbridge Houses, where Ravenswood abruptly turns into a warehouse and industrial zone, sits Paretti Hall.  As pictured above, it’s appearance is considerably more august than that of it’s neighbors, and it has a history to match.  Who exactly was James J. Paretti and what was his “Association” are lost to the sands of time.  In fact the building’s precise history is not fully verifiable.  So we’ll take some artistic license and piece together the snippets of others to paint a tale of intrigue in what is otherwise a non-descript area.1 END_OF_DOCUMENT_TOKEN_TO_BE_REPLACED

Recently, an old friend who grew up in Queens, shared with me her main recollection of coming to Long Island City back in her youth.  It centered around subway rides to Queens Plaza to shop at a crowded flea market called QP’s Market Place, in order to purchase the 80’s teenage equivalent of Snapchat: black concert t-shirts.

Hmm, I thought, given the retailing magnet that this place was for  someone living all the way on the other side of Queens, and the nostalgia people of a certain era have for physical locations that sold highly discounted and possibly semi-illicit merchandise, maybe the venue deserved a short profile?

Instead, a quick google turned up a historical treasure trove about the site that the market was located on.  And previous chroniclers have already performed extensive spadework and risked limbs for cool photos.  So to entice you to read their fantastic posts on it, I’ll share some interesting tidbits.

First though, to put things in perspective, the area we’re talking about is END_OF_DOCUMENT_TOKEN_TO_BE_REPLACED

Given the void of local news, now is a good opportunity to get out the time machine and take a look back at the recent past of LIC.  In lieu of a time machine, we’re going to use another contraption called Google.  It has unearthed a gem of an article from New York Magazine written back in August of 1980, titled “The Next Neighborhood: Long Island City.”

It didn’t quite work according to plan, and the timing was off by over 20 years, but the two constants throughout all the fits and starts and hopes and dreams, were END_OF_DOCUMENT_TOKEN_TO_BE_REPLACED 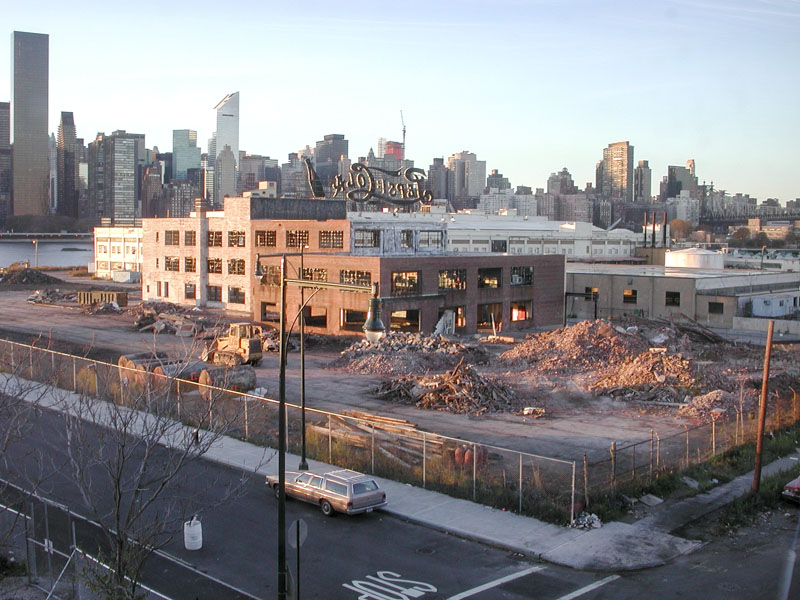 It won’t be too long before people refer to Manhattan as the “old neighborhood,” and visit it nostalgically like Italians to Bensonhurst and Jews to the Lower East Side1.  Like both those ethnic enclaves, the people, shops, and character of yore are being supplanted.  This has been going on all across our city, and cities everywhere, for the last century.  Unfortunately when it comes to Manhattan, there’s no real desire to go back for nostalgia tours.

Oh well, for a limited few who were here for it and for those just curious about LIC’s past, END_OF_DOCUMENT_TOKEN_TO_BE_REPLACED